Bit of a change of direction here – although I guess it’s still about trying to reconstruct history. Years ago I came across this Victorian-era envelope with a Penny Red stamp, postmarked Ledbury and Worcester, February 1853: 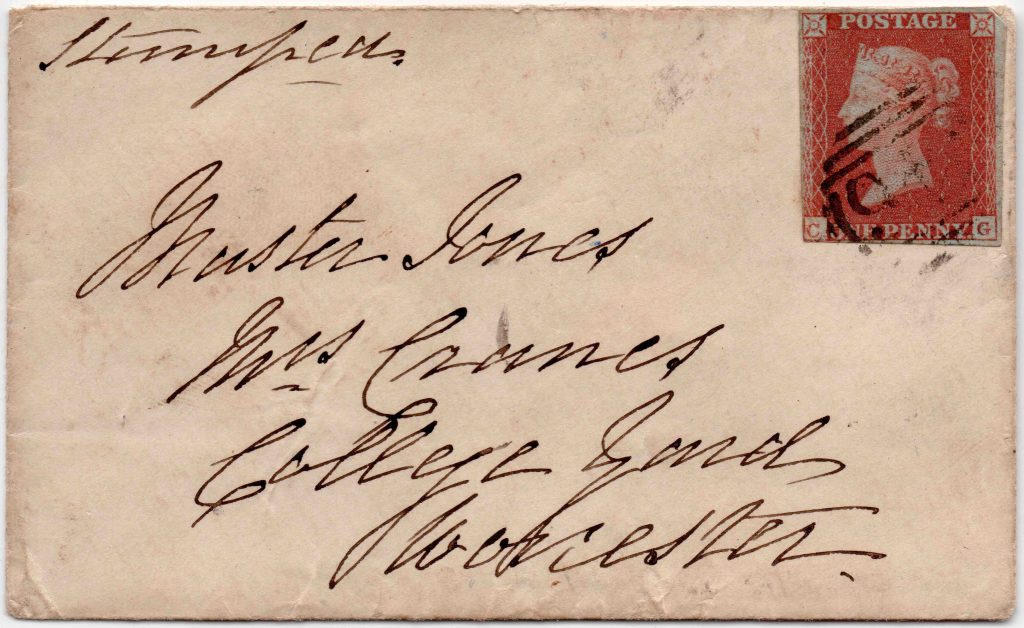 SO I went to Worcester and found College Yard (nice Victorian-era postbox, by the way): 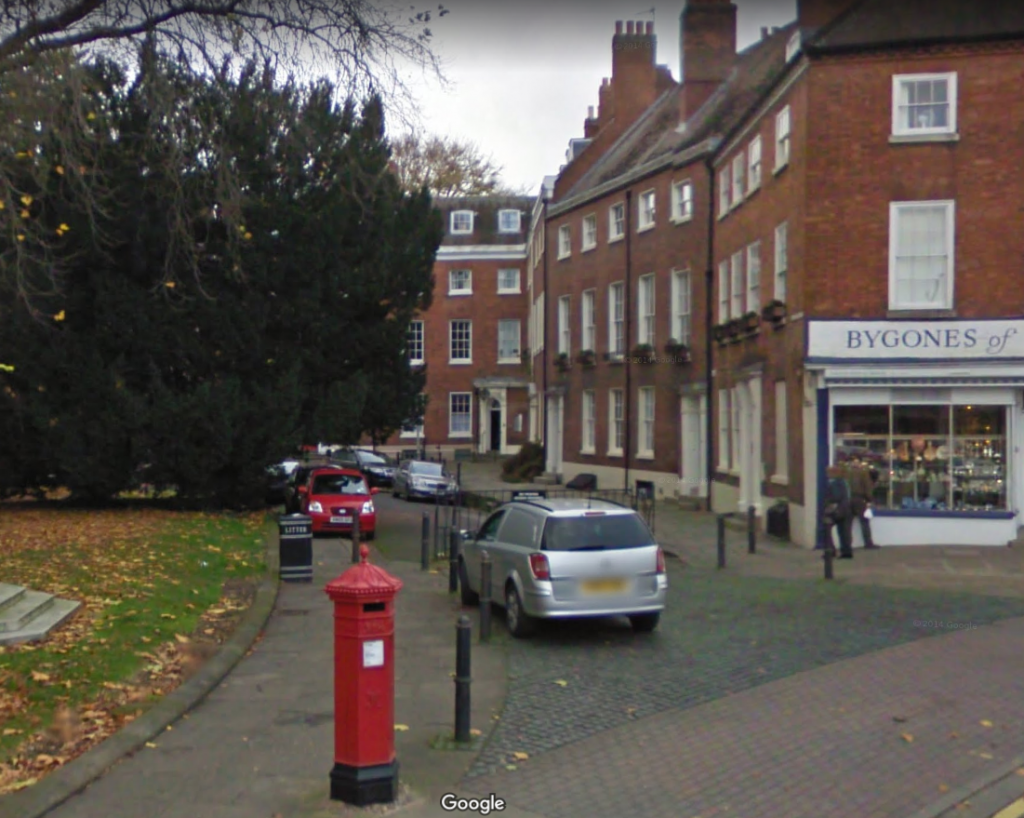 The envelope had been sealed with wax, and in the seal mark you could make out “Little Marcle Rectory” pressed into the wax (doesn’t show up very well here, though can just about see the gothic “M” of Marcle): 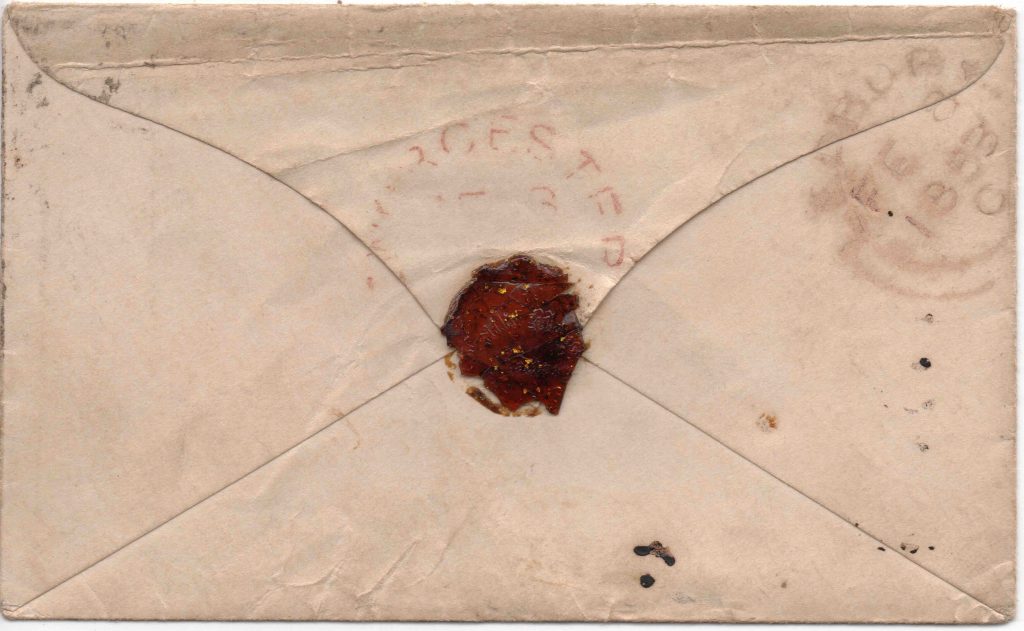 It’s not often you can find the actual house an envelope came from if you don’t have the letter itself. SO, I went to Little Marcle and found the rectory (not too difficult, as there are only about half a dozen houses in the village). 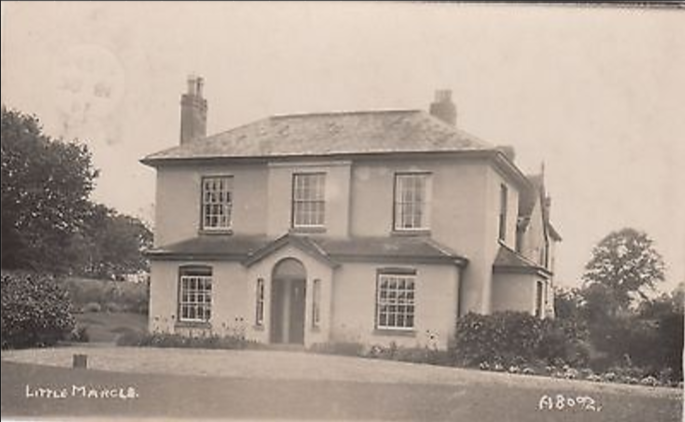 In 1853, the rector was Rev. John Jones, but apparently the rectory itself was derelict at the time and he lived in Ledbury. Mrs Catherine Crane was his sister-in-law, and his only son did indeed go to school in Worcester. Rev. Jones died in late 1857 and left a bequest which was used to rebuild Little Marcle’s church.