On 24 March 1881, two years into what would become a five-year trip around China, Mesny crossed an immense gravel plain and arrived at Jiayuguan, a run-down township at the edge of the nation’s northwesternmost frontier. He left early the next morning for Jiayuguan fort, which guards a 5km-wide pass between the snow-capped Qilian mountains to the south and the rugged Mazhong range. The fort was huge, with imposing battlements and iron-plated gates, yet utterly dwarfed by the bleak immensity of the surrounding landscape. Even if the garrison here had been armed with more than spears and slingshots, an invading army could simply have ridden around it.

Pretty much 131 years to the day behind Mesny, I rocked into Jiayuguan after a week-long journey from Lanzhou, which had left me with half the gobi desert clogging my sinuses. Like him, I didn’t waste much time on the town, a relentlessly ordinary place stretched out along wide roads, far too big for its out-of-tourist-season population. Aside from two busy department stores, an air of neglect hung over everything: characters missing off street signs, grass poking up along stretches of pavement, a ghost town in the making. I spent the evening at a restaurant opposite the bus station, watching two eight-year-old boys playing happily with firecrackers and matches in the street outside while their parents looked on lovingly. 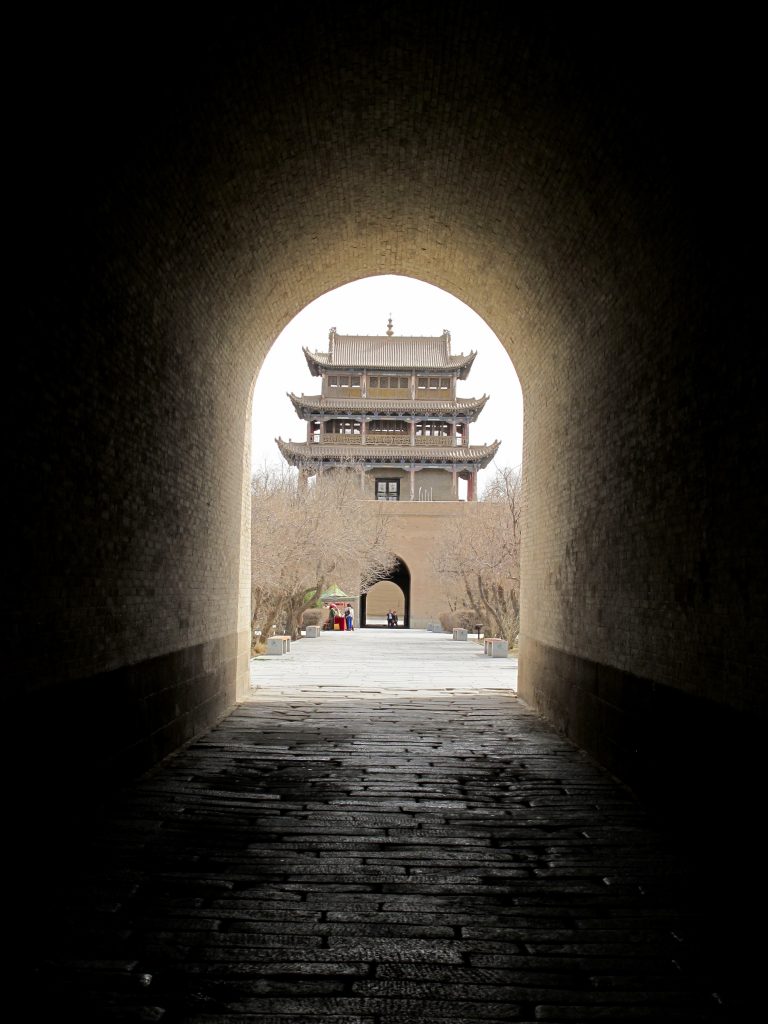 Next day, it was past a chemical plant and into the fort, a formidable double rectangle of ribbed, 10m-high brown brick walls topped by lookout posts and gate towers. You walk through the outer gate into a “quarantine” area between the walls, where passports were inspected and goods checked for weapons and contraband while archers looked down from above. Then through the second gate and into the main fort, which today – aside from the reconstructed military quarters, where waxwork generals in Ming uniforms pored over battle plans – is pretty much just a large, empty shell. 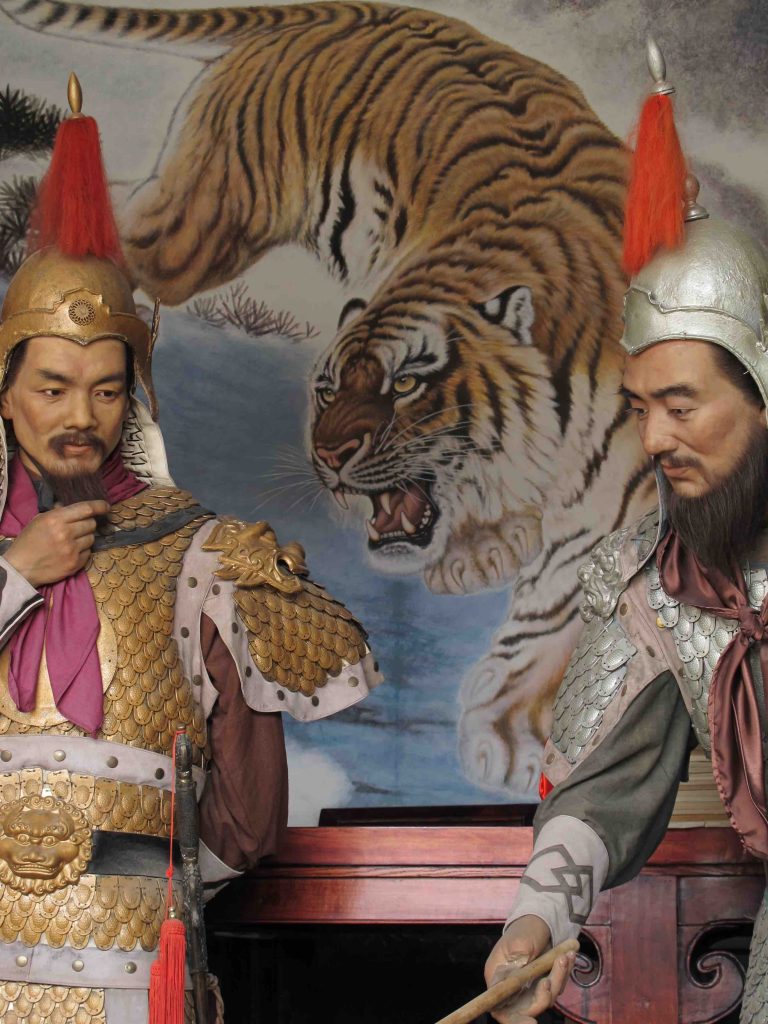 The view from the top of the walls takes in a dusty grey desert hemmed in by mountains, with the eroded tail of the Great Wall spinning off westwards; with the security of a bus ticket out it all looks starkly beautiful in morning sun, though it would be rather less romantic if you actually lived here. A long string of exiled officials – such as Lin Zexu, who precipitated the Opium War in 1839 – wrote poems about their despair at exchanging China, with its teeming cities and refined culture, for a life of solitude and rough simplicity in the desolate wastelands beyond. 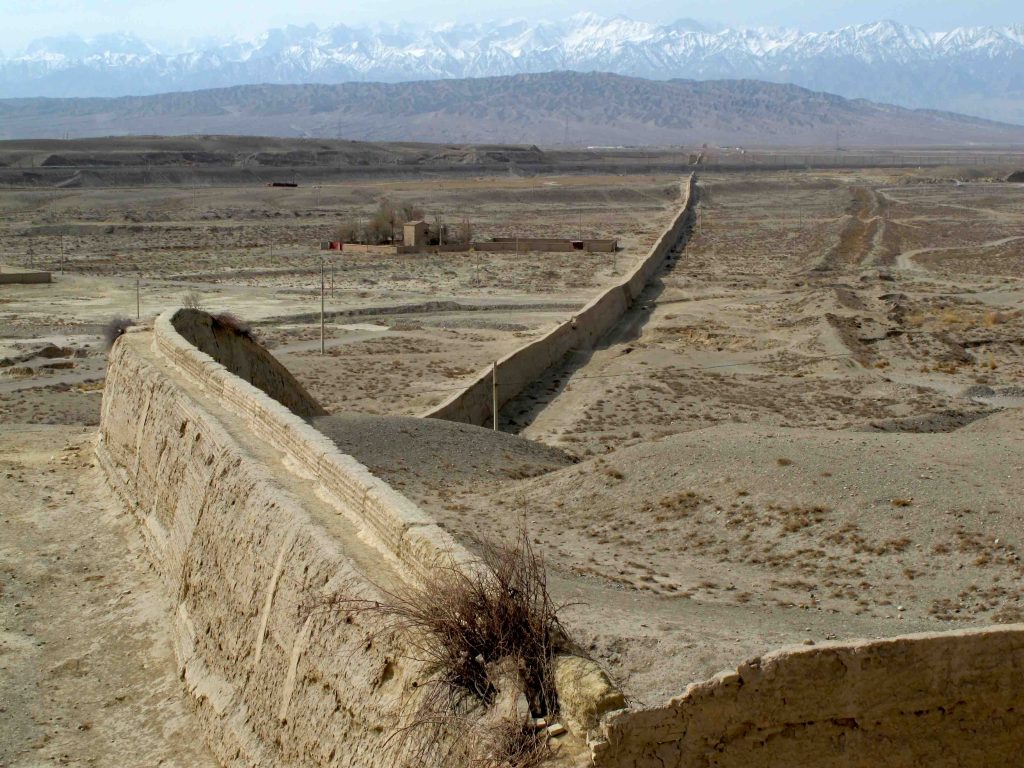 As if to rub all this in, Jiayuguan’s final gate tower has a tablet over the archway carved with the phrase “The Foremost Toughest Pass on Earth”. The calligraphy was provided in 1873 by general Zuo Zongtang, then battling local Muslim insurgents; eight years later, Mesny himself was chasing Zuo – now stationed even further northwest at Hami – in the hope of becoming the middleman for a huge loan that France was offering the Chinese government. Zuo, who had been a gentleman farmer before becoming a soldier and then a government official late in life, also had the entire highway from Henan to Guazhou – a distance of over a thousand kilometres – planted with shade trees. The explorer Sven Hedin saw stretches of this avenue intact in the 1930s; another solitary survivor, a large weather-beaten desert willow, still stands outside Jiayuguan fort’s east gate. 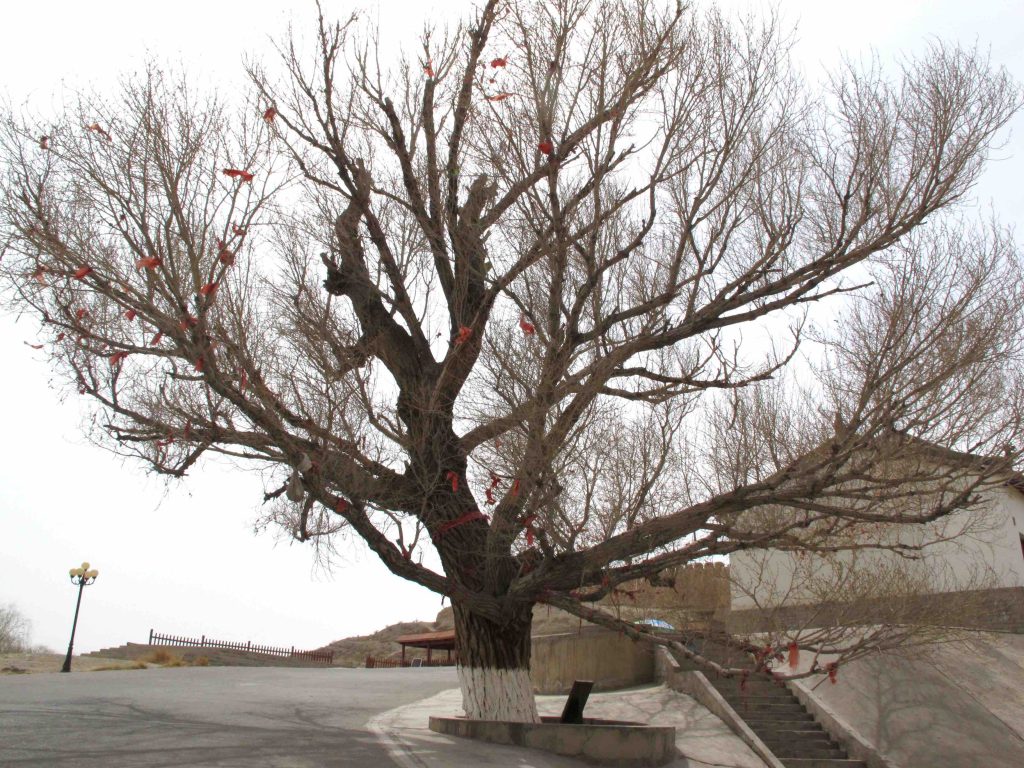 Jiayuguan guards the mouth of the narrow Hexi Corridor running up through Gansu, which over time has seen all sorts of travellers pass by, from Buddhist monks to merchants and armies on their way down to invade China. A brilliant caption at the local museum gave the current take on this history: “Hexi was a land which had been open to the outside world and welcomed every nation. The diversity of Hexi’s colourful culture resulted in the merging of peoples… Thus, due to its special geological position a colourful and attractive multinational society has formed”. Which rather beggars the question of why there is a huge fort at Jiayuguan, attached to the world’s longest defensive wall. But then China is no different to any other country in constantly reinterpreting its past according to current trends.