I bought this woodblock – the actual block, not a print – at a market in Dali, Yunnan. The title is “A Prayer for Rebirth in the Pure Land”, mantra for a popular Mahayana Buddhist sect. Prints would have been used in their thousands at local folk festivals. 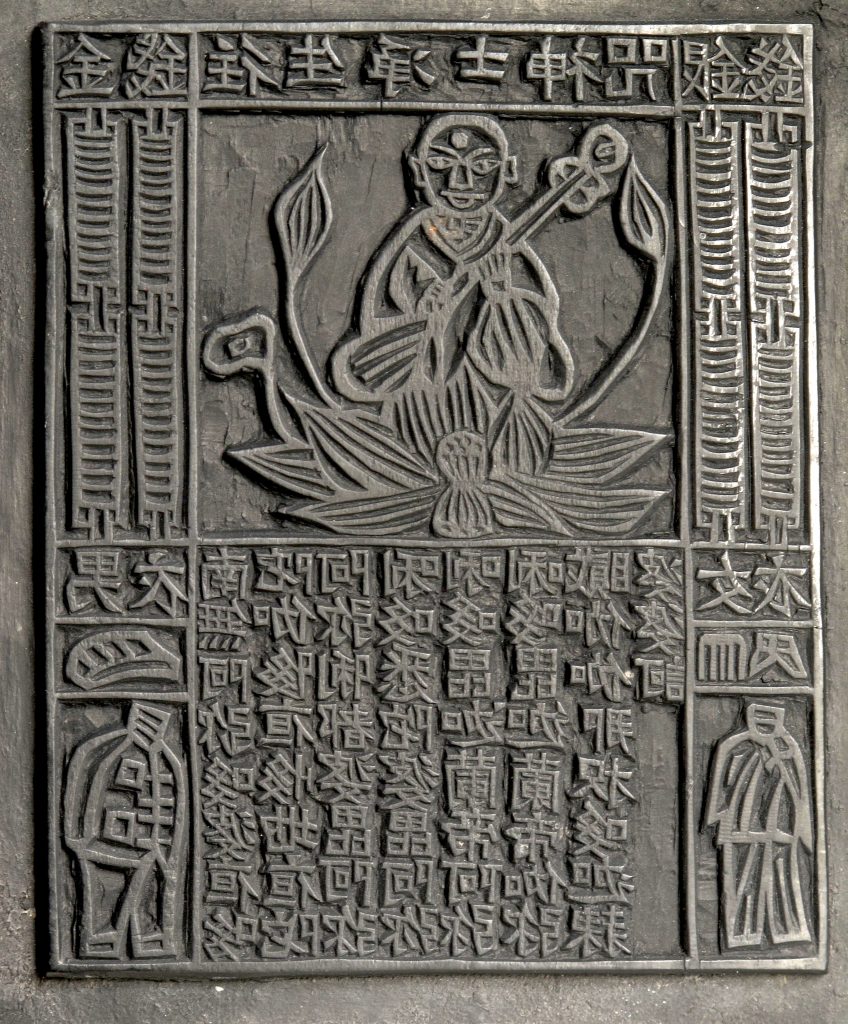 Historically, Dali has always been a bit of a cultural melting pot; besides Han Chinese and a local ethnic group, the Bai, the town is overlooked by at least four Buddhist pagodas that have survived over a thousand years of earthquakes and warfare. Christians, represented by a large church, live side-by-side with a substantial population of Muslim Hui who came in with Mongol armies in the twelfth century. Nearby Jizu Mountain is a pilgrimage site for Tibetans, and every year Dali hosts a big torch festival, connected to another ethnic group, the Yi.