During one of his smuggling operations along the Yangzi river in November 1862, Mesny was captured by Taiping rebels off Fushan, a small village notorious for its pirates and gun-runners. First threatening him with execution, then planning to ransom him for $100,000, the rebels eventually decided to keep Mesny alive as a bargaining chip.

Mesny was escorted 16km south along a canal to the walled city of Changshu, set up against the isolated outcrop of Yu Shan (called the “Muirhead Hills” on the campaign map below – which has south at the top, in the Chinese fashion). Here he was housed with the Taiping warlord Hou Guansheng, and soon put to work fixing broken clocks, music boxes and firearms, improving his Chinese, and teaching General Hou’s children English. He also met Changshu’s magistrate, Luo Guozhong (駱國忠), who told Mesny that the British authorities had heard about his capture, and wanted him to remain in the town in case they launched reprisals. Mesny later heard that:

It was reported that I had been killed at Kiang-yin, and so the British gun-boat [at Fushan] went away to shell the city … I have been shown a copy of the Friend of China, a Shanghai newspaper, in which it was said that I had been hacked to pieces and my body thrown to the dogs. 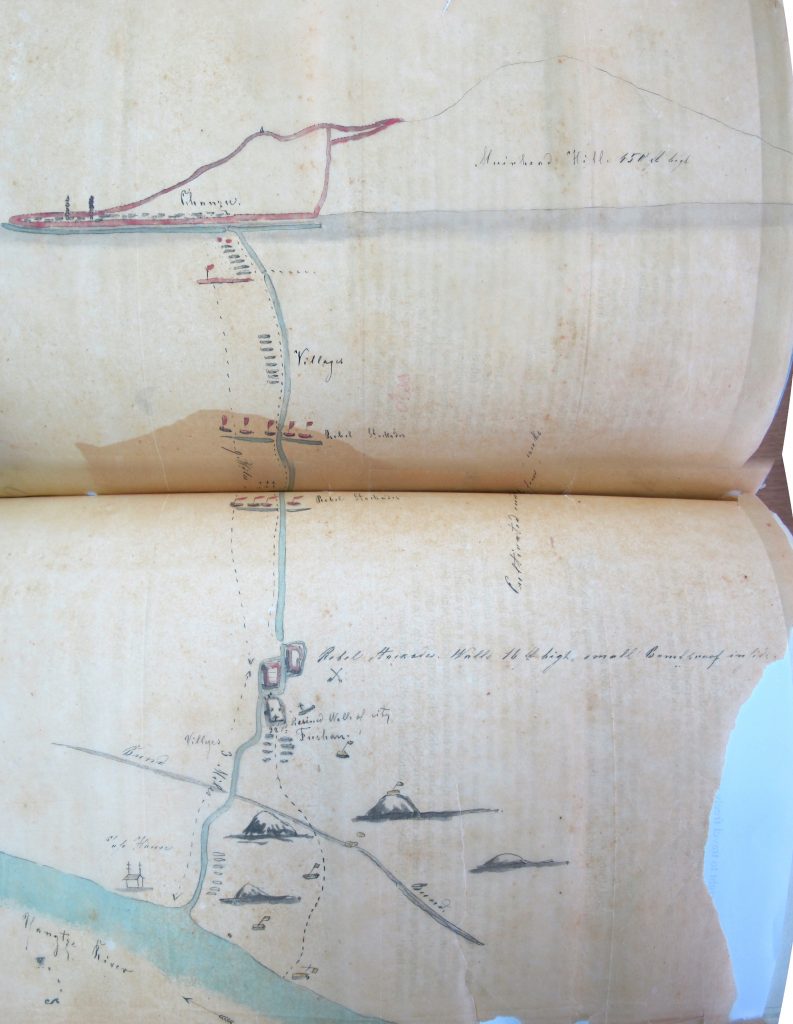 Shortly after Mesny had been carted off to nearby Suzhou by Hou, magistrate Luo Guozhong handed the city over to Imperial forces. The 8000-strong garrison (not to mention tens of thousands of peasants from the surrounding countryside) soon found themselves under siege from over 30,000 Taipings, who poured into the area in an attempt to recapture Changshu and prevent the Imperials from using it as a stepping-stone to liberate Suzhou – a far more important city.

In late January 1863, the Imperials sent a combined British-Chinese force under Major Charles Gordon to raise the siege at Changshu. Arriving by ship along the Yangzi, an advance party led by Major Brennan (a former US cavalry officer who knew Mesny) were beaten back from Fushan until reinforcements arrived with heavy cannon, mortars and howitzers. Having subdued Fushan itself, Imperial forces then routed nearby rebel stockades on 6th of April, dispersing the Taipings and leaving the road to Changshu open. Halfway along they found the crucified remains of Taiping prisoners, and “a large cargo boat marked A.H. No.2… It appears it was captured off Fushan five months ago, and the crew of five Englishmen executed”. As the time and place fits exactly, perhaps this is a distorted account of Mesny’s capture – though there were plenty of similar incidents throughout the war.

The Imperials arrived at Changshu on April 7, to find the Taipings had fled from here too, leaving the walls badly battered by cannon and their scaling ladders lying abandoned all over the place. The north gate in particular had suffered (photo of the reconstructed gate below), but Changshu had managed to hold out, if not in great style: inside the filthy canals and creeks were packed with boats, the houses were overflowing with refugees, and parts of the city lay in ruins. Magistrate Luo Guozhong’s administration had survived too, and so the expedition withdrew, leaving the city with a defensive force of 15,000 men (including former Taipings who had come over to the Imperial cause). 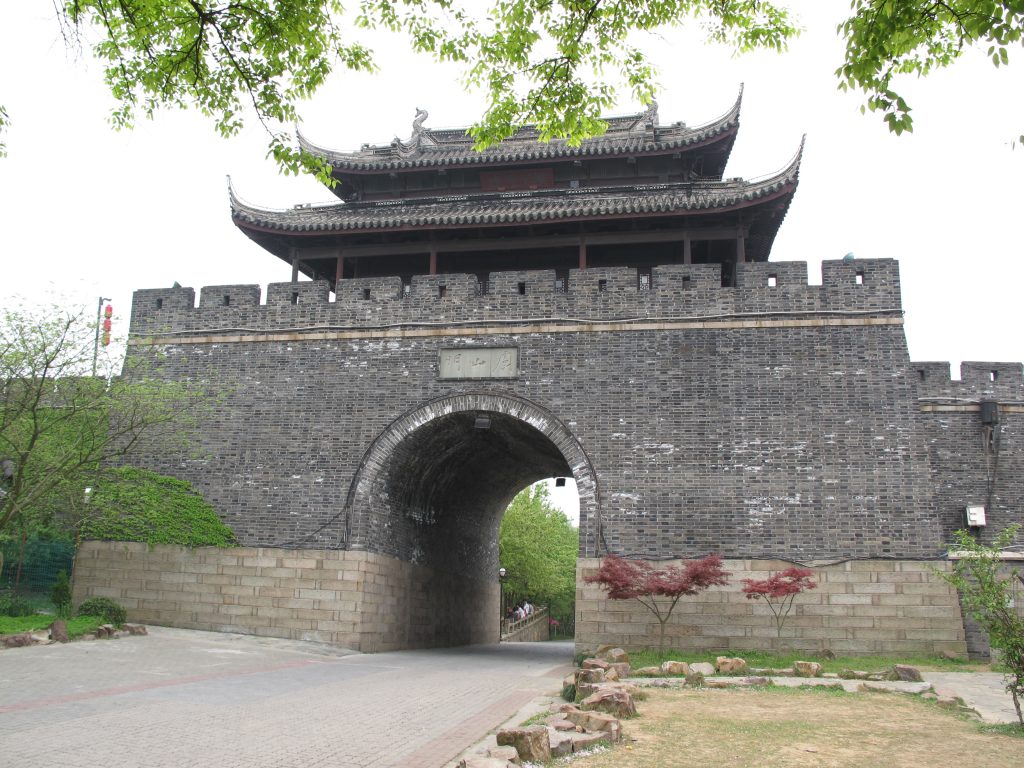 Despite Changshu’s obvious strategic importance in the wider Imperial plan to recapture Suzhou from the rebels, Mesny believed that Gordon’s choice of the city as a target on his first campaign was because of his having been captured there. He also felt that the Taipings lost Changshu because they had badly underestimated British firepower, and that it marked the beginning of the end of the Taiping Uprising:

The loss of Chang-shu and other places on the Yang-tze appear to have given the Tai-pings a sort of warning that their cause was in dangers and the Tai-ping government went so far as to propose an offensive and defensive alliance with some foreign power. For this purpose it was decided at a Council of War held at Nanking that the chiefs should cut of their hair in foreign style, and more than two hundred of the principal officers did so, but it was too late. England and France had [already] decided to help the Tartars or Imperialists in regaining the mastery of the whole empire.

All this put together from a trip to Changshu, Mesny’s notes in the Miscellany, and Gordon’s own report, unexpectedly discovered at the National Archives in London.