Wuqiang town, Hebei province, is another woodblock printing centre whose designs are often cartoon-like illustrations of folk tales, mostly coloured in red, blue and yellow. This pair depict episodes from Three Heroes and Five Gallants (三侠五义), a novel about the career of Lord Bao and his valiant lieutenants. 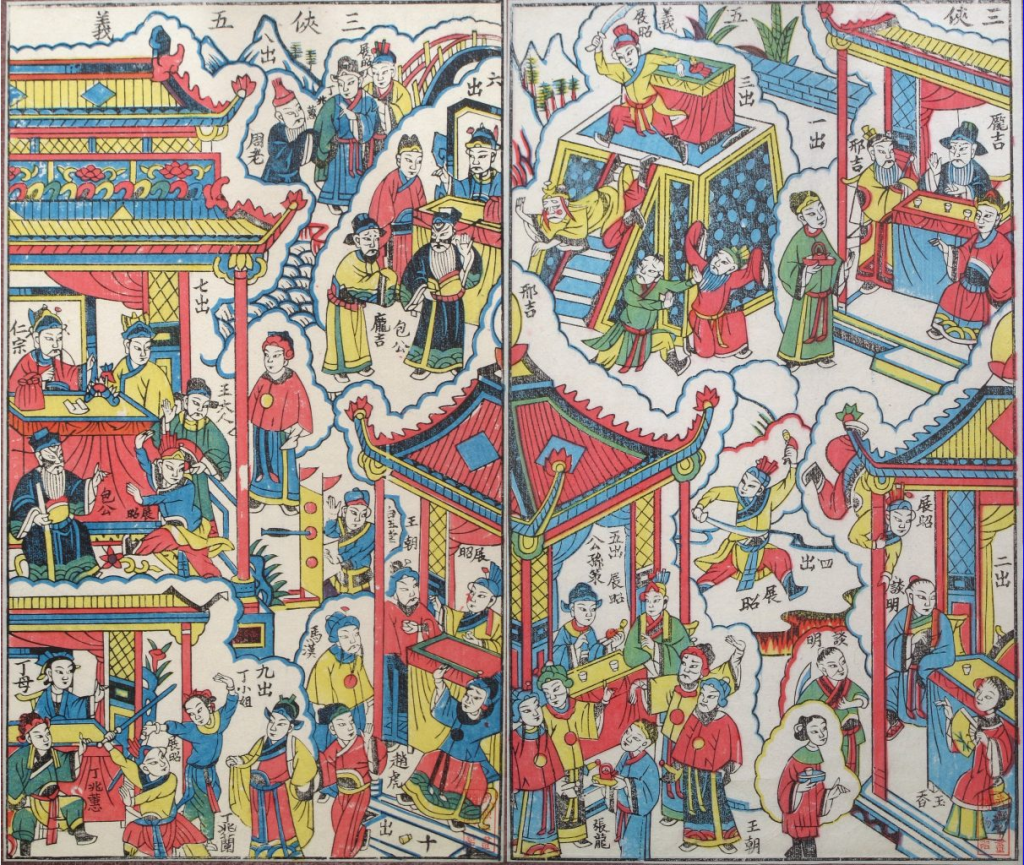 Though the stories are fictional, Bao Zheng (AD 999–1062) was a real Song-dynasty administrator who became famous for his honesty and utter impartiality; he was later deified in the Chinese pantheon as a judge in the afterlife. Folk tales about him circulated for centuries, collected together as Three Heroes and Five Gallants in the 1870s by renowned Beijing storyteller Shi Yukun.

Ten chapters are shown here, each set within their own numbered cloud, starting top right and working down through the right panel, then top right of the left panel and again working down. Lord Bao appears twice in the left panel – he’s wearing a dark robe trimmed with green – while other characters from the tale include the Ding family, Wang Chao, Bai Yutang, Ai Hu, emperor Renzong and Zhan Zhao.