While walking at random around the back lanes of Guiyang, I found this bust of Mesny’s patron, Zhang Zhidong, near the restored Six-arch Bridge (六洞桥) on Bo’ai Lu. 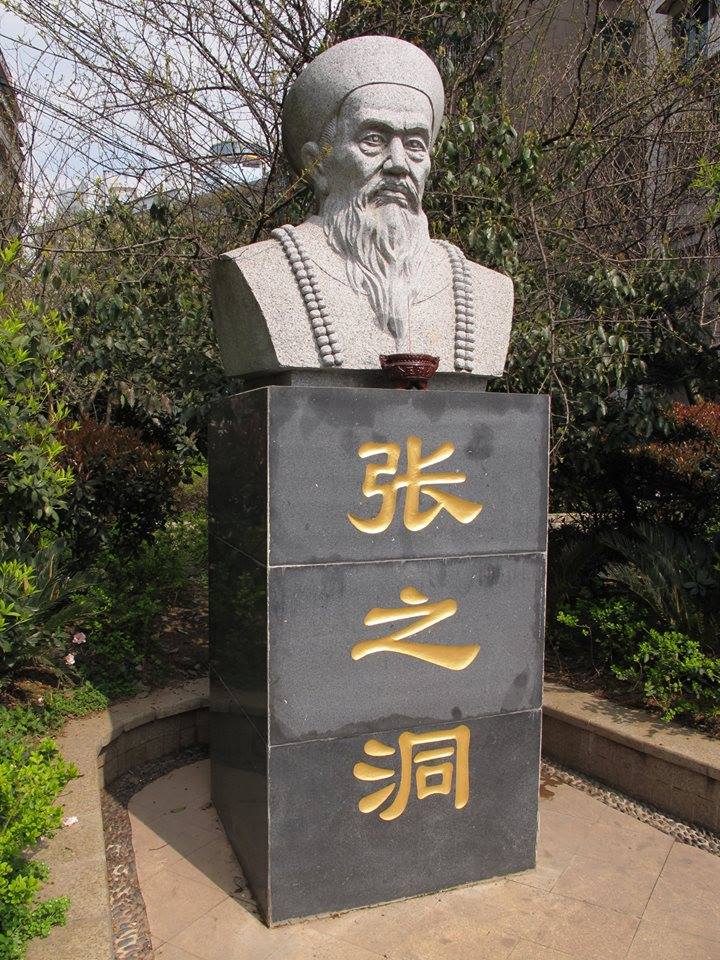 In the Qing dynasty, Guiyang’s Customs office was here, alongside the home of Yu Dekai (于德楷, aka 于仲芳, 1842–1913), a great friend of Mesny and his exact contemporary. Yu fought alongside Mesny during the Miao war, and later became an inspector of mines, founded the renowned Tongzhitang pharmacy (同济堂), and set up Guizhou’s first newspaper. Like Mesny, he also promoted reform and helped establish Guiyang’s main school.

Anyway, back to Zhang Zhidong. A tablet beside the bust says that Zhang’s father was appointed magistrate at Anlong in southwestern Guizhou, and that Zhang Zhidong was born and raised at Guiyang. However, all the biographies I’ve read about Zhang say that he was from Hebei province, northern China. What they probably mean is that historically, the family originated there.

So, along with Ding Baozhen and Tang Jiong, that makes three officials from Guizhou that Mesny worked alongside during his career.

One of the rewards of on-the-spot research… and many thanks to Yu Dow for the info on Yu Dekai.