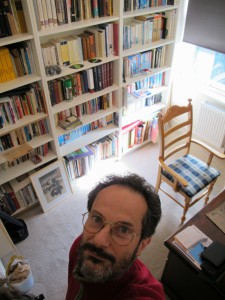 I was born and raised in the UK, took a degree in Photography at the London College of Printing, spent twenty years in Australia and then relocated back to Britain in 2009. People often ask why – it’s probably got something to do with the fact that, despite the lousy weather, Britain does better cheese and ale.

I’ve been a freelance travel writer since 1988, authoring guidebooks to Australia, China, Indonesia, Iceland and Hong Kong. I also helped compile a Chinese cookbook, and have written on everything from crime to horse racing, woodblock printing and history for the South China Morning Post, The Diplomat and others.

In 2016, Blacksmith Books published “The Mercenary Mandarin”, my biography of the nineteenth-century British adventurer William Mesny, who became a decorated general in the Chinese military.

Writing is an isolated profession, involving long stretches alone with a computer. Whenever possible I like to get out of the house and spend time on wildlife, Chinese martial arts and scuba diving. Preferably somewhere warm.