Staying with woodblock prints, here’s one from Weifang, Shandong, a city also known for making traditional Chinese kites. It’s one of the very few I have that’s actually signed (by Zhang Chuanxin). I’d characterise Weifang’s prints as having very fine detail, a distinctive purple-yellow-pink palette, and that strange flooring of parallel lines.

Set as a scene in a play, the story is my favourite episode from the classic Romance of the Three Kingdoms, a weighty historical novel dealing with the break-up of the Han dynasty around 220AD and subsequent emergence of three independent states, all fighting for the Chinese throne. Despite having plenty of set-piece battles, it’s more about individuals, and how personality, rather than might, often determines the outcome of events. 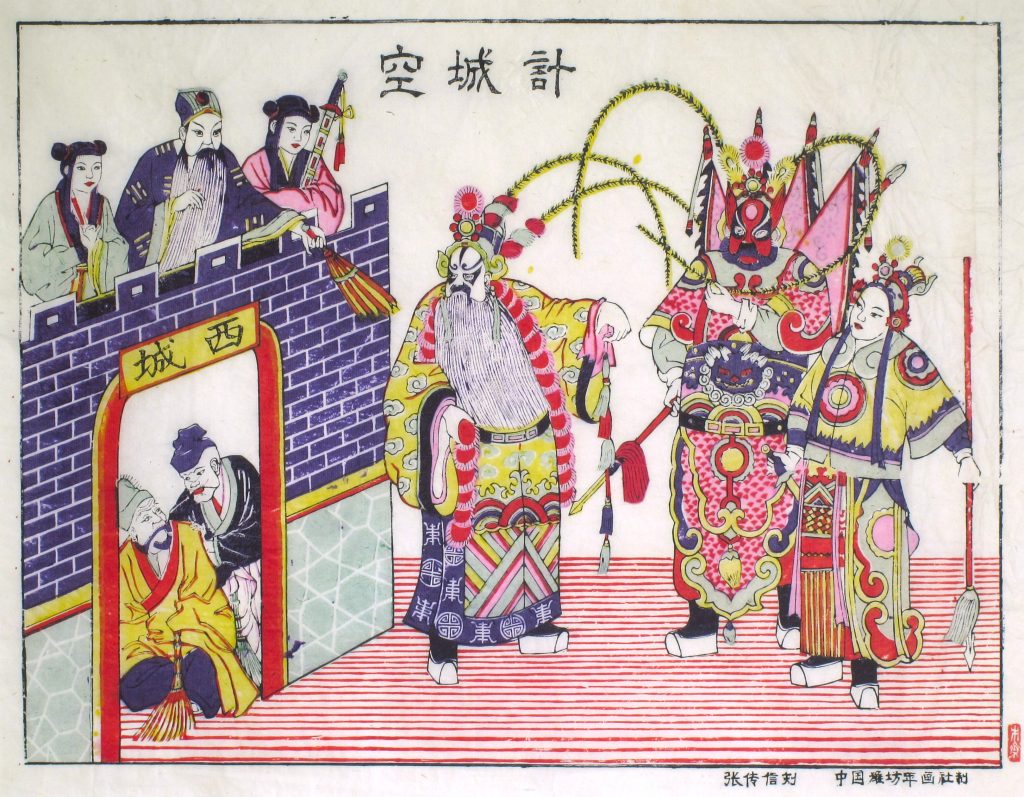 The print is called “The Empty City Stratagem”. Having no troops to defend the key stronghold of Xicheng, the master strategist Zhuge Liang (attended by two pageboys) opened the city gates and sat in surrender on the battlements while his men swept the road below. But the invading general, Sima Yi, knowing of Zhuge’s cunning, suspected some elaborate trap and fled – just as Zhuge had hoped he would.