It took me fifteen years to research and write The Mercenary Mandarin. One reason that it took so long was that papers on Mesny were scattered across the globe, and I had to fit tracking them down into moments of spare time between paid work. But mostly, I’ve also always had to work to deadlines, and this was a rare chance to write at my own pace – and rework the text until I was happy with it.

Finally, I had a finished first draft. What next? The simplest option would have been to self-publish, but, all snobbery aside, there are sound reasons not to self-publish if you want to be taken seriously – and, having spent fifteen years on Mesny, I wanted to be taken seriously. It’s not that a self-published work can’t be well-written, intelligently edited and diligently proofed by the author, just that it’s unlikely to work out that way. Besides being difficult for an author to become detached enough from their own text to do all these things objectively, separate skills are involved: writers are good at writing, editors can edit, and proof-readers proof. And it also has to be said that any book that has jumped successfully through conventional publication hoops has convinced a string of informed professionals that there’s a market for it out there. They can be wrong, of course, but it’s a good start.

The next decision was whether to approach an agent or a publisher. In fact there wasn’t much of an option here, as few publishers deal directly with authors nowadays. An agent will end up taking a cut of your profits, but they also have the connections – and financial motivation – to find a publisher, get translations and movie rights sorted, handle your marketing etc etc. In any event, the first resource is the Writers and Artists Yearbook, a comprehensive list of literary agents and publishers worldwide (it’s also worth doing a web search for those specialists who might have slipped through the net).

SO, I read the Yearbook through and whittled the choice of agents and publishers down to those that dealt specifically with history, biography and China. Then I checked their websites to see which authors they already represented, which helped to confirm whether they were likely to take me on.

The next stage was sending in submissions, in an attempt to convince the various agents/publishers that my manuscript was brilliant, original and, most importantly, commercially viable. But frankly, I resented being asked to sum up a complex, 120,000 word manuscript in a few snappy paragraphs. It’s also a tedious process if you’re approaching more than one company. Though each of them wanted pretty much the same thing – a covering letter, synopsis and some sample text – they all asked for it to be presented in a different way. And you do need to tailor submissions to the requested guidelines in every case. Agents and publishers receive more manuscripts than they can possibly read, and the easiest way to thin out the pile is to immediately bin submissions that don’t conform. Authors who ignore guidelines are either too lazy to read them, or too cocky to think that they need to follow them – either way, not people who will take kindly to the editing process. Better to get rid of them early.

Having done all of the above, I still spent months failing to find an agent to represent me. Everyone agreed how hot China was as a topic, and some were even positive about the text, but nobody thought they could convince a publisher that the book would sell. As one agent put it bluntly, “Nobody’s heard of you or Mesny, so there’s no hook”.

Then I remembered Pete Spurrier of Blacksmith Books in Hong Kong – I’d used his hiking guides, and we’d even met once through a mutual friend. Blacksmith’s catalogue focuses on regional non-fiction, often involving the foreign perspective of China, which fitted what I had to offer. I finally thought to approach Pete, and he agreed to publish the manuscript fairly promptly. Not that this was the end of the process. The contract was duly signed in a Hong Kong bar, but from then on everything seemed to take a frustrating amount of time – not least, of course, because Blacksmith is a small company with limited resources, and mine wasn’t the only book in the queue. Having said that, the editing and proofing was surprisingly painless – perhaps because twenty-five years experience with the industry had taught me what to expect – and I think the only quibbling we had was over the cover design. Again, this is a job for a qualified designer, not an author, but I still felt justified in sticking my oar in (slightly).

Anyway, exactly a year after I signed the contract – and a very long time after I first began investigating Mesny – we were back in the same Hong Kong bar for Pete to hand over the first copies of my book, still warm from the press. Time for a drink! 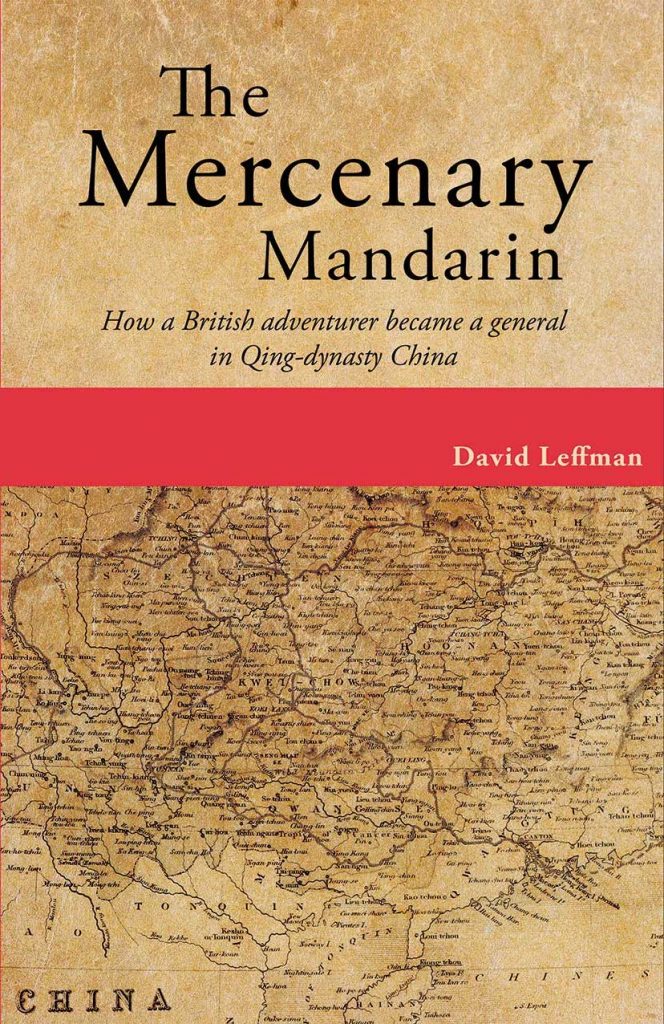