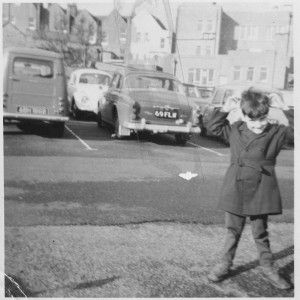 The first photo I ever took was of my brother blowing a raspberry at me out the back of Boots chemist in Stanmore, London, around 1970. My mum had just bought me my first camera, a Kodak Instamatic 33 whose film came in easy-to-load plastic cassettes. Having seen the state my father could get into while trying to thread 35mm cartridges through the base of his ancient Leica – a process which was fiddly beyond belief – this was a sound idea.

Doubtless because a 1930s Leica has very few bells and whistles to distract from the business of taking a photograph, my father developed a fine eye towards colour and composition. This influenced my own approach, as I progressed from the Instamatic through a succession of SLR cameras towards a photographic degree. I went digital around 2002 and never regretted it: anything that narrows the gap between seeing an image and capturing it is fine by me.

Though I’ve had a few photos published over the years, I’ve mostly taken pictures just to please myself. This has worked well with my career as a travel writer, especially in China – so, if you’d like to see what I’ve been up to since 1970, have a look here.