Real tigers are feared in China, but their legendary strength makes them popular protective creatures in folklore. They appear in all sorts of folk art, including on Miao baby hats, worn to scare away evil spirits; Qing-dynasty rank badges (for a second-grade military official); Tibetan tiger rugs (a symbol of authority); and, of course, on woodblock prints. 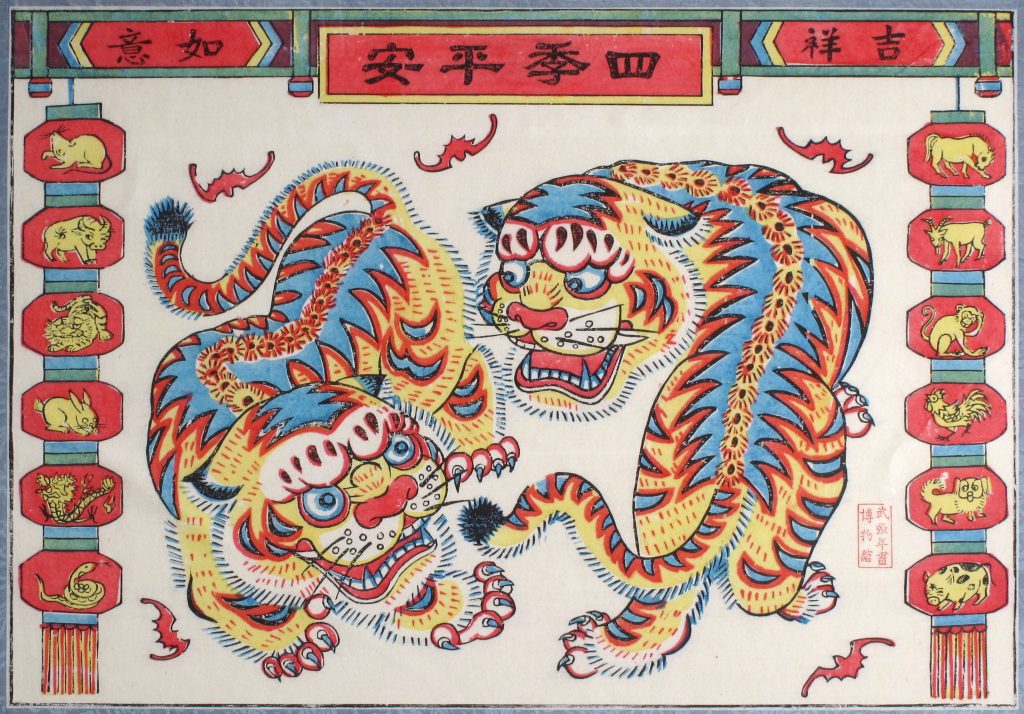 Above is another print from Wuqiang, featuring a zodiac with circling tigers (it’s not a specific “tiger year” print though) and five red bats – the latter a pun on the phrase for “Five Good Fortunes”. The title implies “Enjoy a Safe Year”.

I don’t know where the following print is from – I bought it in Lanzhou, but the colours and general style again say Wuqiang. Anyway, the image is popular across China; it’s usually pasted up on front doors at New Year to protect the household. 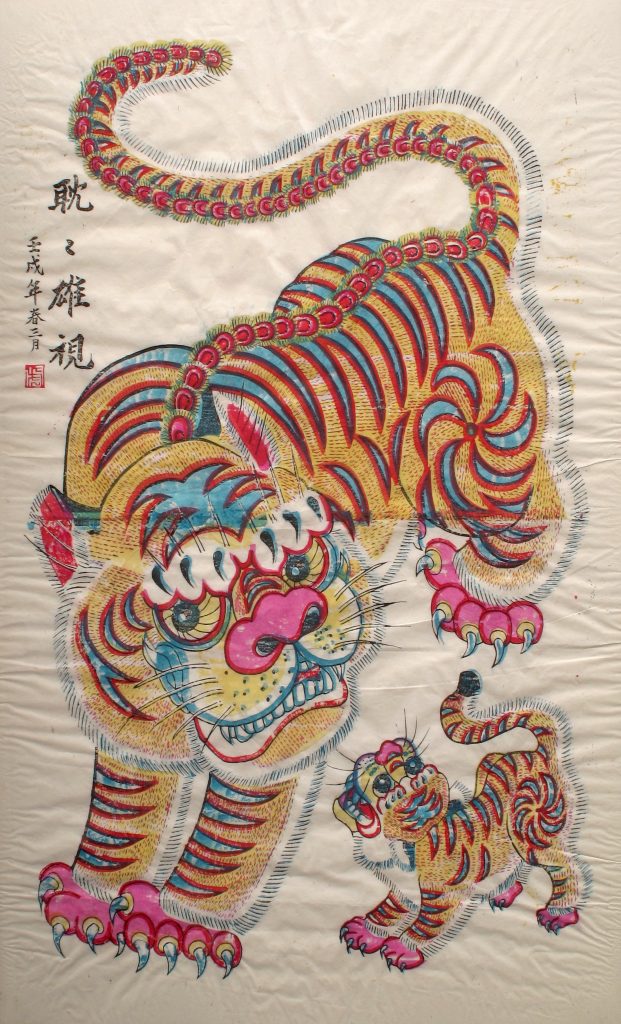 I’m cheating with this last print: it’s actually from a booklet on Japanese architecture, but it mirrors Chinese beliefs. Though the roof-ends look like tigers – again, protecting the household from any evil influences which might try to sneak in – they’re in fact “ghost dragons”, a sort of tiger-dragon combination. 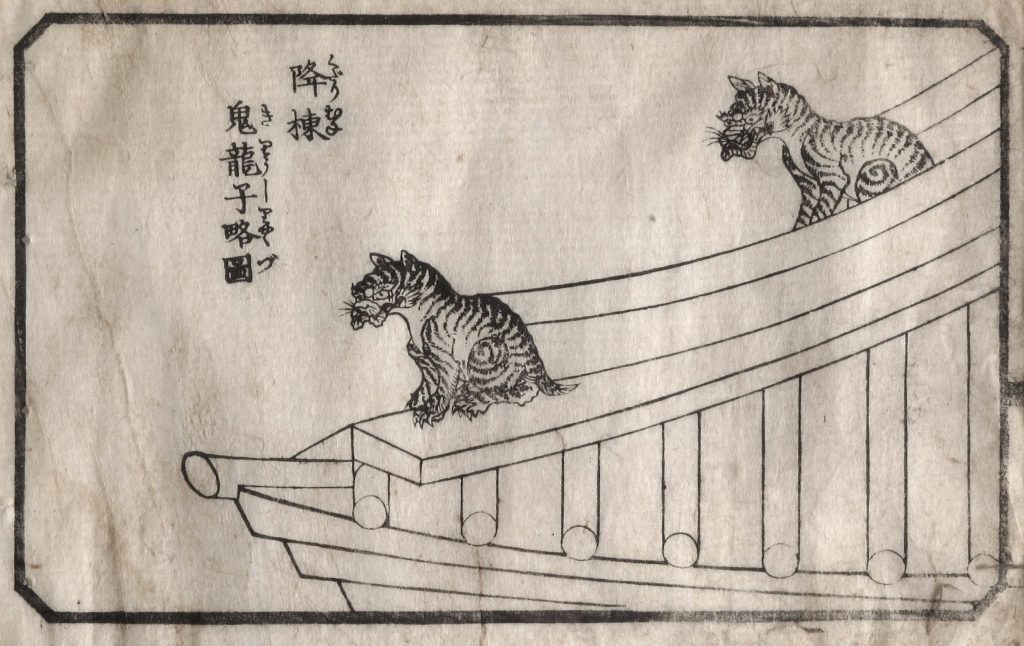